D&O Risks and Challenges for Pharmaceutical Companies and their Insurers

Our analysis indicates that from 2003 through 2020, the frequency of securities class action filings against pharmaceutical companies has been the highest of any industry, except for two of those years.  Most of this risk is concentrated with pharmaceutical companies with $2.5 billion or more in annual revenue, which were subject to securities class actions at a 14% frequency from 2018 to 2020, compared to a 4.6% frequency for pharma companies below that threshold. Presumably, the larger pharma companies are more frequently targeted because they carry more fodder for securities plaintiff firms in terms of the number of drugs for distribution in the market, how those drugs are being priced and their uses monitored, and the susceptibility to potential misrepresentations in SEC filings based simply on the breadth of these companies’ business operations.

Several factors likely play into this trend.  First, drug makers’ fortunes tend to be dramatically affected by discrete events—including, for example, FDA actions, problems encountered in clinical trials, product recalls, and the release of adverse event reports—such that they are more likely to experience precipitous stock drops, which are the equivalent of blood in the water for the plaintiffs’ firms that commonly pursue securities class actions.  Second, the high-risk, high-reward nature of developing new drugs and bringing them to market means that pharmaceutical companies are especially susceptible to large stock swings.  Third, the development of new drugs and biologics is a typically a complex and imprecise process, which means that results are difficult to forecast. As one commentator put it, pharmaceutical companies’ stock prices are inherently volatile because they are “in the business of venturing into the unknown.”[i]   Rather than acknowledging this ambiguity and leaving it at that, executives may be tempted to express optimism at the early stages of a drug’s development, and such optimism may appear deceptive when development efforts ultimately come to nought.

Interrelation provisions typically provide that if two or more claims involves the same wrongful act or interrelated wrongful acts, they shall be deemed to constitute a single claim, which shall be deemed to have been made on the date on which the earliest claim involving the same wrongful act or interrelated wrongful acts was first made.[ii]   Such provisions dictate whether several claims made during different policy years will implicate multiple retentions and limits of liability or a single retention and limit.  Whether a claim relates back to a prior claim can also implicate various policy exclusions, such as prior notice exclusions, prior and pending proceeding exclusions, and specific litigation exclusions.

Inside and outside the pharmaceutical industry, interrelation provisions are most easily applied where multiple securities class actions are filed by differing (or competing) plaintiffs and their law firms seeking to lead a consolidated class action, with allegations arising out of the same event or corrective disclosure. A close second place is a shareholder derivative suit which is related to a securities class action, also involving the same wrongful acts as the SCA.  Interrelated claims provisions are more difficult to apply when the same company is targeted by two or more securities class actions that share overlapping factual allegations but are premised on seemingly different wrongful acts.  In these cases, the insurer will have to determine if the lawsuits are sufficiently related to trigger the policy’s “interrelation” provision. In most cases, this entails a careful, side-by-side comparison of the misconduct at issue in each of the lawsuits, against the backdrop of the applicable policy language and relevant legal authorities.

To understand why the interrelation issue takes on special importance in the pharmaceutical industry, consider the fact that even large pharmaceutical companies often derive much of their revenue from a handful of “blockbuster” drugs.[iii]  Because of this fact, it is not uncommon for the same product to give rise to several class actions over the course of its life. Interrelation issues will invariably arise where two claims involve the same drug, even if such claims are separated by time and allege distinct misconduct.

Additionally, interrelation questions can be particularly complex in the pharmaceutical context because companies in that industry often repurpose drugs, alter their mode of administration, and change dosages and mechanisms for release, such that the operative facts on which consecutive class actions are premised may differ significantly even if they involve the same drug.  For instance, one SCA may arise out of misrepresentations regarding the development of an injectable blood thinner; a subsequent class action may allege misrepresentations concerning sales practices (e.g., kickbacks or off-label marketing) related to the pill form of the same drug; yet another class action may arise from the insureds’ alleged failure to disclose certain health risks associated with a new, extended release variant of the same drug. To further complexify matters, the misconduct at issue in each of the foregoing class actions may give rise to parallel derivative actions, state court securities class actions, SEC enforcement actions, criminal proceedings, etc.  In these circumstances, the parties will have to sort out whether the various claims are sufficiently related to trigger the applicable policies’ “interrelation” provisions.

The Delaware Superior Court’s decision in Pfizer Inc. v. Arch Insurance Company[iv] highlights the concerns outlined above.  There, the court addressed coverage under Pfizer’s 2004-2005 insurance tower for an underlying securities class action, Morabito, et. al v. Pfizer, Inc.[v], which alleged that Pfizer and the individual directors, officers, and employees of Pfizer made false representations and omissions regarding the cardiovascular risks associated with two of Pfizer’s drugs—Celebrex and Bextra.  Arch denied coverage for the Morabito action based on a “Specific Litigation Exclusion,” which barred coverage for any Claim “arising out of, based upon, or attributable to a 2003 securities class action styled Garber v. Pharmacia Corp.[vi]  Pfizer challenged this Arch’s determination that the Morabito Action related back to the Garber Action.

Having first established that Delaware law applied, the Pfizer court observed that Delaware courts adhere to the so-called “fundamentally identical” standard to determine whether claims or wrongful acts are “related” for purposes of a claims-made policy.  As the name suggests, the “fundamentally identical” standard dictates that the “interrelated” claim policy language is interpreted as precluding coverage only where two underlying actions cover the “same subject.”[vii]

Applying the fundamentally identical standard, the Pfizer court recognized that the Morabito and Garber actions were premised on some of the same facts and circumstances. Most notably, plaintiffs in both proceedings alleged misrepresentations regarding the health risks associated with Pfizer’s drug Celebrex.[viii] Nevertheless, the court concluded that the Morabito Action did not relate back to the Garber Action. First, the court observed that the two proceedings were premised on factually distinct misrepresentations. Specifically, the Garber Action sought redress for fraudulent and misleading regarding the gastrointestinal health risks of Celebrex, while the Morabito Action was premised on misrepresentations regarding the cardiovascular risks associated with Celebrex and another drug, Bextra.  Additionally, the court gave weight to the fact that the Garber Action and the Morabito Action were brought by different groups of shareholders.[ix]

The result in Pfizer is notable for several reasons.  First, it highlights the point made earlier in this article, that securities class actions in the pharmaceutical context often involve the same drug, even if the underlying “wrongful act” is distinct, thereby creating an interrelation issue. It also highlights the importance of state law to an interrelation analysis.  Despite the broad “interrelation” provision at issue in Pfizer, which applied to loss “in any way related directly or indirectly” to a wrongful act alleged in the Garber Action, the court found it inapplicable because Delaware adheres to the “fundamentally identical” standard for determining when two or more lawsuits qualify as “interrelated.”

The case styled BioChemics, Inc. v. AXIS Reinsurance Co. provides another example of the complexities posed by interrelation provisions in the pharmaceutical context. There, the SEC issued an order in May 2011 commencing a “Non-Public Formal Investigation” of BioChemics. The 2011 Order mentioned BioChemics’ CEO, John Masiz, by name and identified several possible securities violations—instances of purported fraud and misrepresentation aimed at distorting the value of BioChemics securities.[x] Subsequently, the SEC served two subpoenas on BioChemics, which requested documentation related to the company’s finances, operations, drugs under development, interactions with pharmaceutical companies, and payments to Masiz.[xi] Then, in December of 2012, the SEC commenced an Enforcement Action (“2012 Action”) against BioChemics, Masiz, and two other individuals. The 2012 Action “allege[d]” that, beginning as early as 2009, BioChemics and Masiz had “engaged in a fraudulent scheme” to mislead investors about the company’s value. At least one of the “allege[d]” misrepresentations, concerning a topical ibuprofen product, took place after the 2011 Order and the 2011 subpoenas were issued.[xii]

BioChemics submitted the SEC Enforcement action to its D&O insurer. The insurer denied coverage on grounds that the 2012 Enforcement Action and the 2011 Order constituted a single “Claim” first made in May 2011 (i.e., before the inception of the insurer’s policy), pursuant to the policy’s “interrelation” provision, which provided, in relevant part, that all Claims arising from the same Wrongful Act or any Interrelated Wrongful Acts shall be deemed one Claim first made on the earlier date that any of the Claims was first made against an Insured.[xiii]

In subsequent coverage litigation, BioChemics argued that the wrongdoing identified in the 2011 Order could not interrelate to the 2012 Enforcement Action because the 2012 action alleged that BioChemics misled investors regarding the results of a clinical trial on the effectiveness of a new ibuprofen cream, but the results of that clinical trial were not even available until five months after the SEC issued its 2011 Order and two months after it issued the last of its 2011 subpoenas.[xiv]  The court rejected this argument, finding that the “bulk” or “heart” of the wrongful acts identified in the 2012 Enforcement Action substantially overlap with those contained in the 2011 Order.[xv]

The BioChemics case establishes that the “interrelation” analysis is not siloed by product line, such that two claims involving misrepresentations regarding different drugs may nevertheless trigger a policy’s interrelation provision, depending on the degree of overlap in the alleged misconduct and the applicable law governing policy interpretation.

For policyholders and insurers operating in the pharmaceutical industry, particular attention should be paid to issues of “interrelation.” In the abstract, they should carefully consider the breadth of language of the policy’s interrelatedness provision.  For instance, attention should be given to whether the provisions relate only those claims that are based on the same wrongful acts, or if they relate any claims arising out of or incidental to one or more facts or circumstances. In the context of specific claims, insurers and policyholders should evaluate the overlap in facts, circumstances, and wrongdoing at issue in each proceeding, including whether the lawsuits involve the same drugs, the same prescribed uses, the same kind of injury, the same kind of misrepresentation, the same perpetrators, and the same group of shareholder-claimants. Moreover, during the underwriting process, underwriters and policyholders should engage in a collaborative effort to identify drugs within the policyholder’s pipeline that may be repurposed for other uses during the policy period and whether such drugs were previously the subject of a securities claim. Addressing such issues head-on during the underwriting process and working collaboratively on specific language addressing repurposing and other pharmaceutical specific concerns should crystalize questions of policy intent and obviate (or at least significantly minimize) the risk of coverage litigation. 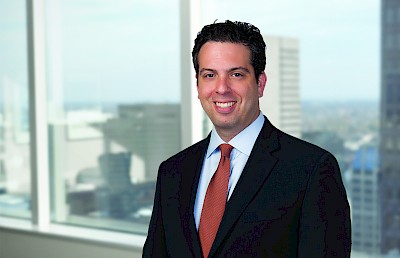 Director & Officer Liability
Previous:
What is Unclaimed Property and Why Does it Matter to Your Business?
Next:
Recent D&O Claims Developments