Anatomy of a Phyrric Victory: Did Defendant Goodyear Tire and Plaintiff CODA Development Both Lose a $65 Million Trade Secrets Case?

Last week, a jury hit Goodyear Tire & Rubber with a $65 million verdict in a trade secrets case in Akron presided over by U.S. District Court for the Northern District of Ohio Judge Sara Lioi.  On its face, one would surmise the verdict was a major win for the plaintiff CODA Development, but a closer review reveals that it may not have been after all.

According to Law360, CODA’s lawyers asked for between $89 million and $246 million, but the jury only awarded $2.8 million in compensatory damages to CODA; the remaining $62.1 million is for punitive damages, which I expect will be significantly scaled back by Judge Lioi.  This is a case that has been vigorously litigated since 2015 and has already been up on appeal to the U.S. Court of Appeals for the Federal Circuit, meaning that both sides have incurred millions of dollars in attorneys’ fees.  In short, as I explain below, this verdict has all the earmarks of Phyrric victory –a victory that comes at great cost, perhaps making winning the ordeal not worth it.  The case should serve as a compelling reminder about the unpredictability of jury trials, and the wisdom of pulling out all stops to resolve a case before trial.

The case has been extensively litigated.  Judge Lioi initially dismissed the case but her decision was reversed by the Federal Circuit in 2019; in that opinion, the Federal Circuit held that the allegations of trade secret misappropriation and correction of inventorship were plausible and that Judge Lioi improperly considered matters outside the pleadings.  The parties battled over discovery, leading to a noteworthy decision requiring CODA to describe its trade secrets with greater particularity.  And last fall, Judge Lioi denied an omnibus motion for summary judgment filed by Goodyear.

In its verdict, the jury found that Goodyear misappropriated 5 of the 12 trade secrets and that Goodyear’s misappropriation was willful and malicious.  There were will be substantial motion practice following the trial:  CODA’s lawyers have announced their intention to seek a bench trial to correct the inventorship of patents obtained by Goodyear; and in a press release expressing disappointment with the verdict, Goodyear emphasized that the jury’s punitive award should be limited to $8.4 million under Ohio law, signalling its intention to seek a remittur reducing the substantial punitive award.

So is anyone truly happy with the result?  Having sought $89 million to $246 million, CODA can’t be pleased with a paltry  compensatory award of $2.8 million.  And while CODA was awarded a substantial punitive award, a punitive award nearly 22 times the compensatory award, it is unlikely that award will survive post-trial motion practice.  As for Goodyear, it has received a significant black eye from a substantial verdict finding it stole technology from a small company by a jury in its very own backyard.

And this case will ultimately turn into a battle over the attorneys’ fees incurred by CODA in this 7-year litigation;  because the jury found Goodyear’s actions to be willful and malicious, CODA is entitled to its reasonable attorneys fees under the Defend Trade Secrets Act and Ohio’s Uniform Trade Secrets Act.  While that fee award will certainly benefit CODA and its lawyers, one can’t help but ask whether this litigation has really put CODA back in the position it originally wanted–namely, a partnership with Goodyear licensing its self-inflating tire technology.

Sometimes parties can’t or are unwilling to resolve their dispute, and a trial is necessary.  The parties frequently assume that a jury will either break wildly for one side or the other.  But it should also be remembered that a jury verdict may lead to a mixed result that leaves both sides wondering how they got themselves into this predicament. 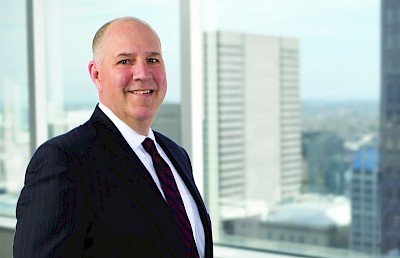 Litigation
Previous:
Ohio's Commercial Activity Tax: Don't Let the CAT Get Your Tongue
Next:
IP Symbols: What They Mean, Why They Matter and What They Protect