In May of 2014, we reported about the lawsuit that Temple-Inland, Inc. filed against the State of Delaware in federal court for the District of Delaware challenging Delaware’s unclaimed property audit and enforcement procedures (“Lawsuit”). The Lawsuit generally alleged that the audit methods and resulting assessment levied by Delaware and its contract auditor, Kelmar Associates, LLC (“Kelmar”), were unconstitutional on various grounds.   In December of 2015, both Delaware and Temple-Inland filed cross-motions for summary judgment. Those motions were pending.

The United States District Court for the District of Delaware (“Court”) issued its decision (“Decision”) on the motions for summary judgment on June 28, 2016. The Decision as a significant development for the holder community, especially holders currently under audit or enrolled in Delaware’s Voluntary Disclosure Program (“VDA Program”), as the Decision will undoubtedly impact Delaware and Kelmar’s ability to use estimation and statistical sampling for periods outside of a holder’s standard record retention policies. The Decision does not prohibit the use of estimation in unclaimed property audits altogether, but flatly determined that Delaware’s current estimation methods exceed constitutional due process limits.

Summary of the Decision

The Decision establishes new common law precedent in the field of unclaimed property in that it ultimately determines that Delaware’s current unclaimed property enforcement regime is engaging in conduct that violates due process, including conduct related to the use of estimation. The Decision’s independently-researched and well-reasoned discussion of the constitutional issues in the case, especially with respect to Kelmar’s estimation methodologies and the applicability of Delaware’s six (6) year statute of limitations, finally confirms the constitutional conflicts that holders and their advocates have long-argued are presented by Delaware’s perverse “game of ‘gotcha,’” as it was described by the Court.  The Decision has several noteworthy takeaways that will have strategic ramifications for holders currently under audit or in the VDA Program and the following discussion summarizes those takeaways from the holder’s perspective.

1.         Delaware’s Audit Methods “Shock the Conscience” under a Due Process Analysis

The Court determined that Delaware’s audit and assessment of Temple-Inland’s unclaimed property liability violates constitutional substantive due process protections because Delaware’s behavior “shocks the conscience.”  In the Court’s view, “several aspects” of Delaware’s actions in the audit context were “troubling.”   Namely, the Court relied upon the fact that: (i) Delaware waited 22 years to conduct an audit, (ii) blatantly ignored its own applicable 6 year statute of limitations, (iii) provided no notice to holders that they would need to retain unclaimed property records to defend against unmeritorious audits, (iv) used estimation methods for a prolonged retroactive period for no obvious purpose other than to raise revenue, and (v) failed to follow the fundamental principle of estimation where characteristics of a sample set are extrapolated across a hole.

A.        Statute of Limitations Defense

Essentially, the Court derided Delaware’s self-serving refusal to apply its own statute of limitations in the unclaimed property audit context and chided Delaware for punishing Temple-Inland for its failure to maintain copies of all unclaimed property reports filed when Delaware was also guilty of failing to maintain copies of the same reports.  As such, the Court determined Delaware’s executive actions violated Temple-Inland’s due process rights.

B.         Lack of Notice about Record Retention Requirement

Temple-Inland argued in its motion for summary judgment that retroactive application of Section 1155 of the UPL (permitting the use of estimation) for a period of twenty-two (22) years also violates the due process clause. The Court agreed with Temple-Inland that the retroactive application of Section 1155 was a due process violation - but not on the grounds that Temple-Inland previously alleged. The Court concluded that the manner in which Delaware retroactively applied Section 1155 (pertinent part enacted in 2010) shocked the conscience and is thus unlawful because retroactive application: (i) did not seek to rectify a prior harm, (ii) did not reinforce the viability of Delaware’s unclaimed property program, and (iii) did not make it easier for an owner to be reunited with property because by definition estimated property can never be claimed by an owner.  In the end, the Court noted that Delaware’s current estimation methodologies, including the inclusion of unclaimed property previously reported to other states, lead to “significantly misleading results.”

A final interesting issue mentioned by the Court in the Decision was the potential application of the doctrine of laches.  The doctrine of laches, in general terms, prohibits a state actor from sleeping on a claim for an excessive period to the detriment of the adverse party.  The Decision did not go into detail regarding the particular facts that would need to plead in order to apply the doctrine of laches in the unclaimed property audit context, but the Court alluded to the fact that Delaware’s unjustified failure to audit Temple-Inland for a twenty-two (22) year period is likely sufficient groundwork for a laches claim. Accordingly, the Court’s discussion of this issue indicates that the doctrine of laches is a viable argument for holders aggrieved by Delaware’s practice of auditing unreasonably long look-back periods.

Unquestionably, the Decision is a game changer for holders. The Decision brings into check the carte blanche audit authority that Delaware professed to have.  Because the Court deferred its discussion of fashioning the appropriate remedy for Delaware’s constitutional violations until a later date, it is unclear exactly how the Decision will impact Delaware’s current audit procedures and use of estimation. We view the Court’s deferral as a benefit to current audit subjects and VDA Program participants because it raises serious questions about how Delaware’s statute of limitations should be applied and what is an appropriate look-back period for holders with little or no reporting histories.  After the Decision, holders under audit or enrolled in the VDA Program clearly have an abundance of weaponry to use in defense of their constitutional rights on statute of limitations and look-back period issues. Moreover, in a practical sense, the immediate ramification of the Decision may be that it is likely to slow the progress of current audits and VDAs as Delaware and Kelmar scramble to revise their current audit practices regarding statute of limitations and estimation issues to bring those practices in line with the constitutional limits outlined in the Decision.

For more information, or to obtain a copy of the Decision, please contact: 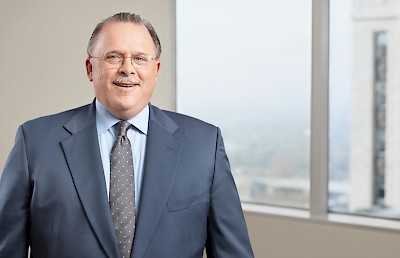 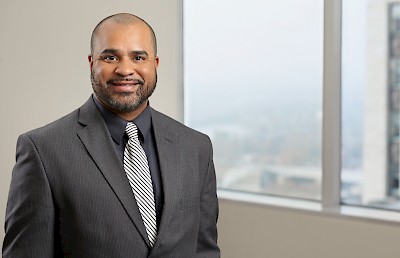