Leaving a Legacy Through Charitable Giving

Americans have a history of being the most generous individuals in the world, giving an estimated $370 billion to charity in 2015 alone.  Most donors engage with their nonprofits of choice during their lifetime with direct gifts of money and assets, but planning for donations as a part of one’s estate plan is also an important consideration.

While it is no secret that there are tax benefits to making a donation to a qualified nonprofit, the essential element for all charitable giving is the donor’s philanthropic desire to make a gift – separate and apart from any tax considerations.  While it may be more beneficial for a donor to make a charitable gift during lifetime as opposed to at death, there may be important non-tax reasons for waiting until death to make a gift, such as ensuring proper support during one’s lifetime for self or loved ones.

Structuring a donation at any time can be as simple as an outright gift to charity: a donor gives money or property to a charity and receives in return an income tax deduction for the value of the gift. Or it can be more complex, as in a gift of appreciated assets. For example, an individual wants to make a $10,000 gift to charitable organization and owns stock currently valued at $10,000. The stock was purchased initially for only $1,000. The donor could sell the stock and give the proceeds to charity, but the Internal Revenue Service will want a capital gains tax on $9,000 of appreciation.  But by transferring ownership of the stock directly to the charity, the donor can deduct the full $10,000 value of the stock as a charitable contribution without recognizing any of the gain resulting from the appreciation.  The receiving charity can sell the stock free of tax and have the $10,000 for its needs.

In contrast to lifetime gifts, a charitable gift can also be a planned gift – that is, one that takes effect at the donor’s death.  This can be made through an individual’s will or trust by making a specific bequest of cash or property.  The gift can either be restricted for a specific purpose (e.g., to be used for scholarship purposes) or unrestricted and left to the general discretion of the charity itself.  Language within the will or trust can be easily employed: "I give the sum of $25,000 to ABC Charity (or its successor).  This gift is unrestricted [or to be used for maintenance of its facilities as determined by the then-serving executive director]."

Donors may want flexibility in their estate plan that would allow the family to decide regarding the extent to which gifts should be made to charity.  The donor can provide in a Will or Trust that a bequest is to a certain individual but also stipulate that the gift will pass to a desired charity if the individual “disclaims” or “renounces” the gift.  An example might be, “I give to my son John the sum of $10,000; however, if John does not survive me or if he disclaims this gift, such sum shall be distributed to ABC Charity.”  This permits the family to determine if the circumstances at death are appropriate for such a gift.

A donor can also create certain types of trusts, either during lifetime or at death, which benefit the donor, another person, and a qualified charity.  These trusts are known as “split interest trusts.”  One type of such trust is the charitable remainder trust.  This type of trust permits an interest in the transferred property to be “split.” Thus, it is possible to provide a payment to a non-charitable beneficiary (the donor or another individual) and at the end of a specified period of time, the property is distributed to the desired charity.  The donor does not receive a charitable deduction for the full amount transferred to the trust (just for the value of the remainder); but he or she does have the benefit of providing a benefit to himself or a loved one for a term and yet still benefitting charity.

Often times an IRA constitutes a large part of an individual’s estate.  In considering which assets to bequeath to charity and which to bequeath to heirs, it generally makes sense for someone with charitable intent to give IRA assets to charity, since following the donor’s death, such assets usually generate what is known as “income in respect of a decedent” (IRD).  IRD is inherited property that, if it had been received before death, it would have been taxable income to the decedent and reportable on his or her income tax return. When IRD is received, the individual or estate receiving the property includes the income on the tax return for the year it is received.  A donor is better off making a charitable bequest using IRD property and transferring other, non-IRD assets to their heirs since a charity is not affected by the IRD because it is able to keep the entire bequest without any tax liability.

For flexibility, a donor can provide for a retirement account to go to an individual heir under the primary beneficiary designation and designate the donor’s favorite charity as the contingent beneficiary.  Similar to the use of a renunciation or disclaimer mentioned above, the family member could decide to make the charitable gift after the donor’s death based on the circumstances existing at that time.

Donors can also use IRAs to fund charitable bequests during lifetime.  Congress has now made permanent the ability for a donor to give his or her required minimum distributions from an IRA to a qualified charity without increasing taxable income and impacting the availability of other potential income-tax deductions.  These “qualified charitable distributions” (QCD) are otherwise taxable distributions from an IRA owned by an individual who is older than 70 1/2 and which are paid directly from the IRA to a qualified charity.  The QCD can satisfy all or part of the amount of the donor's required minimum distribution from his or her IRA.  The amounts that can be donated are limited to $100,000 per taxpayer, per year.  Note that donor advised funds, discussed below, are not eligible to receive QCDs.

These are just a small sample of the many planning techniques that can be of benefit to the philanthropic individual.  Charitable giving provides the satisfaction of knowing that an impact is being made on society and can also be used as a tool to impart important family values to the next generation.  Those interested in incorporating giving into an estate plan should thoughtfully consider his or her objectives and work closely with trusted counsel to design a plan that is tailored to that individual’s goals and utilizes the most appropriate assets and vehicles to meet the donor’s objectives. 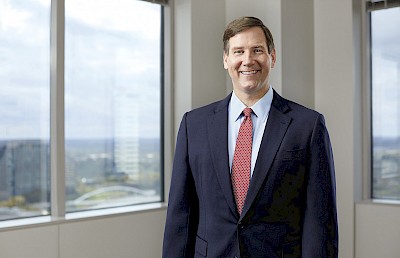