What Does the #MeToo Movement Mean for Your Workplace?

Not since the Clarence Thomas Senate confirmation hearings in 1991 has sexual harassment been as present in the daily news as it is today.

While the trend started in 2017 with serious allegations of sexual harassment and abuse of power in the entertainment industry, it went viral through the disclosures of countless alleged victims of sexual harassment in what has now become the #MeToo movement.  The movement has already engulfed dozens of high profile figures in the entertainment industry and political establishment and shows no signs of skipping corporate America.

Ironically, the law of sexual harassment in corporate workplaces has remained virtually unchanged in recent years.  By now, employers should know they have an obligation to take reasonable steps to prevent workplace sexual harassment.  Basic steps include implementing a policy prohibiting sexual harassment (including multiple sources for reporting violations within the company) and conducting training on sexual harassment for both supervisors and employees. When potential violations of policy are brought to the attention of employers, they have an obligation to promptly investigate the allegations, reach conclusions, take prompt and effective remedial action, and inform the complaining employee of the general action taken in response to the complaint. Employers then must follow up to confirm there is no retaliation against the complainant or a reoccurrence of the reported violations.  Generally, employers who have followed these basic rules have been able to avoid liability for sexual harassment about which they had no knowledge.

The #MeToo movement has brought sexual harassment into the public consciousness in a way which will almost certainly drive change and increase the pressure on employers to keep sexual harassment out of their workplaces.  It is quite possible that the public spotlight on this issue will result in new laws on both the federal and state levels with negative consequences for non-complying employers.

The first example of such a law is found in the Tax Cuts and Jobs Act signed by President Trump on December 22, 2017.  New Section 162(q) of the federal tax code provides:

The so-called "Weinstein tax" denies employers the ability to deduct payments made and attorney's fees incurred for the purpose of settling sexual harassment claims provided confidentiality is a condition of the settlement. Since virtually all such settlements are confidential, this "tax" will have broad application.

It remains to be seen the extent to which the #MeToo movement will ultimately impact the workplace. The publicity given the movement will likely result in an increase in sexual harassment claims. It may also impact the manner in which judges and juries view sexual harassment cases. It seems clear, however, that employer neglect or lack of diligence in enforcing a workplace free of sexual harassment will not be tolerated.  Prudent employers will confirm the existence of effective policies and training and will proactively enforce workplace standards of conduct to insure the absence of inappropriate sexual conduct or behavior. 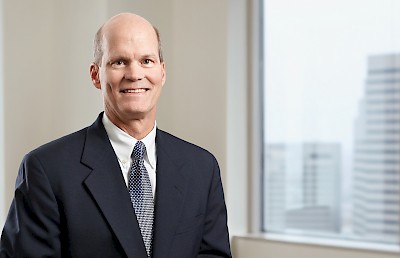